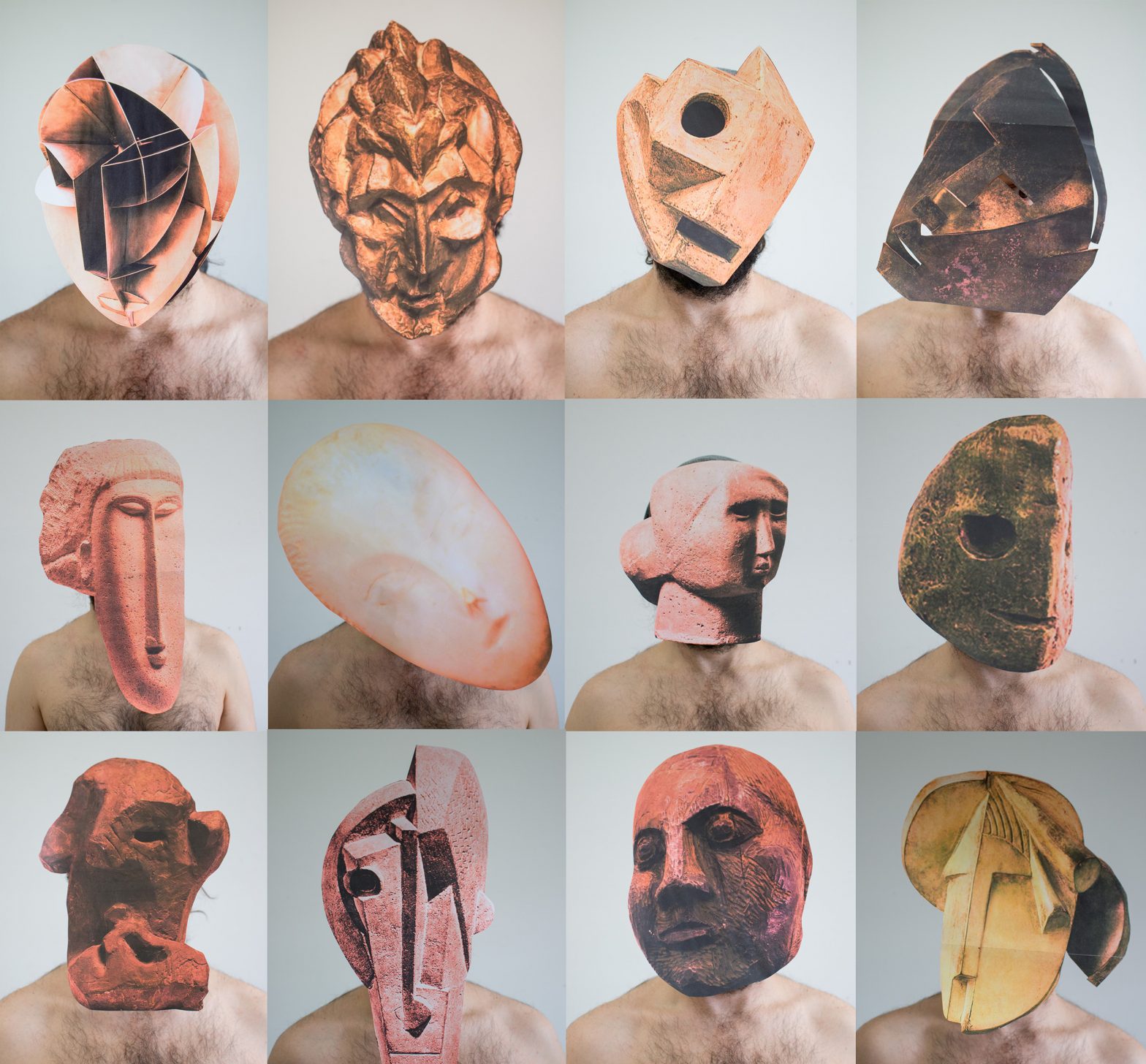 You who heard angels singing in the grass, prayers in the daffodils,
Do you hear, between the rusted hinges of closing gates,
Sad thumps of engines losing heart—my little prayer?
I’m down here, under the table playing with crumbs and bones
In the gleam destruction leaves behind.
As no kabbalist ever said, you can lick the oil
From a broken shard, but don’t cut your tongue.
The gleaming oil, the light behind your stories—just words?

Reb Nachman, look at me now, I’m trying to dance.
Even from heaven where you study all day with the sages,
It must be amusing to see my bony knees knocking,
My knobby ankles’ shining thin skin—it’s a kind of dance
We make here when we tremble or shiver.

It’s also a dance when I make stupid jokes for the way things are.
As if I were the king who set the table when you know
And I know it isn’t that way, never was,
Just feels so good to think we make our world.
You danced in Breslov to bring down the czar,
But I’m trying to bring down your look into my eyes
Your voice whispering and your beard scratching my earlobe . . .

Forgive also my terrible Hebrew with its broken pieces
You who look at holy letters without their disguises,
Who see them naked with their endearments,
As the Infinite sees them parade in the days before days,
Or so the stories say the stories say . . .

Sad prayers cough up scraggly letters, stick on the larynx,
Twist their way through a burning throat,
Parched no matter how much we drink.
The fruit we stole from the tree doesn’t nourish us at all.
I’m bone and skin, Reb Nachman, skin and bone.
Every voice is a broken radio mixing static with holy light.
Now I’m not dancing any more, just twitching, spattering
Words and slobber, a poor equivalent of a human being
Who dresses to disguise his sadness which is always out of fashion . . .
So tell me, Reb Nachman, you too who will always be out of fashion,
Until stars fall out of the sky with all our eyes—
What clothes can I wear for my mumbling, and how can you spare me
From slipping on glistening crumbs and bones
Of the meal that falls from on high?

Can you turn my turkey talk back to human,
Reassemble torn stems into a bouquet of coronas,
You who gathered handfuls of stinkweed on your long walks
Exhorting yourself out of despair and into God,
Striking and striking your chest with bigger and bigger fists,
Until you cracked the millstone around your heart?

I know any place I’ve been, you’ve been a hundred times before.
Whatever I’ve felt you’ve known with pain complete and unabridged.
You wrote it down in a secret book written to save the world,
But ordered your simplest hasid to burn it in the stove.
Pages rose one by one—puckered black nearly flat, canceled souls.
And yes, as you taught, I am asleep in the second degree, asleep in my sleeping,
Unaware I am unaware of the mighty light
That throttled your body & now shines in your mind—
Breaks it into a thousand syllables like flower tongues in radiant flower heads
There in heaven’s heaven where there are no flowers . . .

But when you looked down at daisy head and black-hearted poppy
On the czar’s earth, lily and primrose and sullen mullein,
Green towers of weeds that poked into the air
Shaggy sumac swaying in a breeze you could not touch
—all invisibility is a lesson from world to soul—
You picked flowers as letters for your enormous prayers
That shook with conviction and inhuman voice.
You only stopped praying when you heard your own voice speaking to itself.

Reb Nachman, that’s me down here crying inside—as you suggested—
Shouting and screaming with my head on the pillow though no one can hear me.
[Not even the dear one who lies beside me who snores quietly like a lady.]
Though I’m banging the back of my head against the wall
And shouting behind my teeth, my head is still,
I’m hardly moving, there’s a dream behind my eyes that won’t be seen.
I hear nothing, not even silence answers me
Because no wall is thick enough to mute the noise in my mind.

If I ran to the ocean to scream at the waves,
A kid with a plastic shovel would look up amazed from his sandcastle.
If I shouted in the storm like a yiddishe King Lear
Sawing my arms like the bad actor I am
I’d probably get arrested for indecency and blasphemy and dosed
For all my crying with tear gas and Prozac.

They say you too were crazy with sadness, that you tumbled
A thousand years from truth into a pit,
Sat disconsolate and refused to teach
Until a small light illuminated your thin face
And you said, with your searing pride, “All my teachings are high,
But my ‘I don’t know’ is higher than all my teachings . . . ”

(In a dream all your followers left you—and many did,
You were so hard on them and made them confess sins to your face
And wept for them harder than they wept for themselves.)

And when they complained that your followers were meshugehs
Dancing in the marketplace
On that day we Jews call Happiness in the Torah
You answered: “I love the old time hasidim
Who storm the palace of the king with grease still on their sleeves!”

Here I sit in my dull impiety, my common sense
Which is everyday insanity masquerading in plainness and plain sight—
Hungry for crumbs—crumbs of success, crumbs of money
Lying on my deathbed reciting my résumé
—crumbs of opinion, crumbs of desire mixed with grief and shame—
Like the poor schlep who stood glum at the edge of the dancing circle until you,
Reb Nachman, reached out and grabbed him by both palms
Lifted him and his sins back to their long-lost love, their root in God.

There is no ground now where flowers can’t grow in spite of the darkness
Of fields where broken bodies lay
After their heads were broken and human tongues went lifeless
Against tongues of the wort and prickly burrs,
When they lay mute in fields outside Breslov and Nemirov and Kamenetz,
In fields where you once gathered prayers.
But if God can make a new world from darkness,
Surely you, Reb Nachman, can raise a spark
No matter how far buried you are in the earth or heaven is buried in the mind.

And I’m still dancing with clumsy throbs and aches because you said
The greatest sin was despair. Though how you loved despair,
More than I do even . . . more than anyone can imagine.
For despair you gathered your hasidim around you
And for despair you abandoned them for the holy land
Then came back—though ships were wrecked and others drowned.
For despair you said you were the Messiah and believed it three whole years,
Sent out secret agents on horseback to spread the word and publish the news.
Then after your baby son died you told your stories night after night
Though your heart was completely broken—all to rectify despair.

Your first tale was “The Lost Princess,” and you said whoever heard it
Would try to find her and could not help but think of redemption.
And no one got redeemed, but still you told it and invited despair to listen.

So Rebbe Nachman, I’m asking you, is it true or just another story you told
That when you saw a naked man gobbling under the table
—a prince, son of the king—
Who pecked at scraps and crumbs, you tore your clothes off instantly
And sat with him a long time in silence until he asked you who you were?

You said, “Who are you?” And he said, “I am a turkey.”
Is it true you turned your face to him, your whole head full of Torah,
Your sad brown eyes with the heavy lashes—you who knew
Exactly how long the journey is from under the table, how hard to return.
Did you say, “Yes, I am a turkey too”?

So you slowly healed him. Or he healed you. Or did you? Did he?
Is there ever healing in a world always breaking?
Is there a wise man who heals? Is there even a table?

And is there really a king?

This is the sad prayer coughed up my throat—my turkey gobble.
But can you make any sense of belief that doesn’t believe?
Or why else do I talk to you inside my mind?

Rodger Kamenetz is a poet and author. His latest book, The Missing Jew: 1976–2021, will appear in August 2022 from Ben Yehuda Press. His prose includes The Jew in the Lotus, Stalking Elijah, Burnt Books, and The History of Last Night’s Dream. His books of poetry include The Lowercase Jew, Yonder, and Dream Logic. He is a winner of the National Jewish Book Award for Jewish Thought. He lives in New Orleans. His website is kamenetz.com